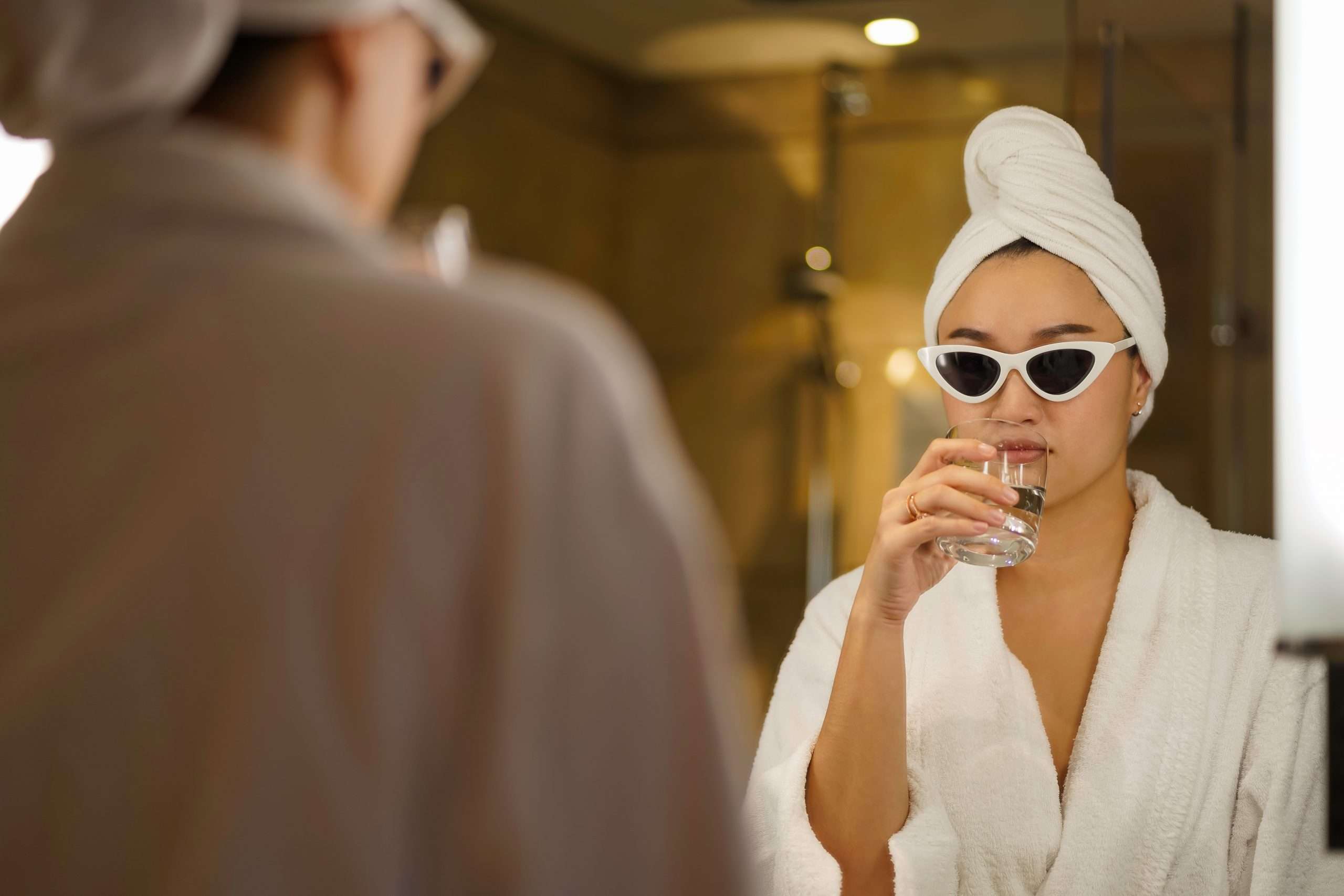 What is Xanax and is it addictive?

Tens of millions of people each year are prescribed Xanax. The number of prescriptions shows just how effective the medication can be to individuals suffering from anxiety. Xanax is a prescription drug that is misused, however. Some individuals that take Xanax use it in a recreational way simply to “take the edge of the day”.

Doctors in the United States have been known over the last 30 years to give prescriptions of the drug out to individuals claiming to have anxiety. Many of these people have misused the prescription medication believing it to be safer than alcohol and street drugs.

A generic form of Xanax, known as alprazolam, was initially launched in 1981 by the Upjohn company. The drug was first approved to treat panic disorder and subsequently, Upjohn became a part of pharmaceutical giant Pfizer.

Valium had become one of the most popular prescription drugs in the US in the 1970s and alprazolam quickly entered the marketplace on the heels of that medication. Valium wasn’t used to treat panic attacks and the makers of alprazolam used the opportunity to fill the void. Alprazolam was approved in the US in October 1981. Nine years later, the Food and Drug Administration approved alprazolam to treat panic disorder.

The American medical institution has been guilty of handing out Xanax like candy. Doctors wrote over 47 million prescriptions for Xanax in 2019 alone. It is the most popular and frequently prescribed psychiatric medicine in the country.

Xanax is highly addictive to patients regardless of using it correctly. The drug is a benzodiazepine medication and is fast-acting when consumed by patients. It can alter the brain significantly in just a short timeframe. Xanax is considered one of the most addictive medications in the benzodiazepine family. Long-term use and misuse of the drug makes it possible for people to become addicted to it.

Although recreational users and individuals simply wanting to “take the edge off” misuse Xanax, it is more often misused by people with anxiety disorders. These individuals simply use the drug in an attempt to treat their anxiety issues.

Xanax is so powerful and potent that its use can lead to dependency even if taken in a medical fashion. The first sign of dependency that users will notice is tolerance to the drug. Like other drugs, Xanax’s power stops working whether taken as prescribed or recreationally.

Anxiety sufferers will experience symptoms once more and believe the only way to reduce them is to take larger doses of Xanax. The brain becomes more reliant on Xanax forming addiction and dependency.

Xanax addiction creates a craving for the drug. It is a mental addiction that prevents the user from taking their mind off of the drug until they consume it once more. Individuals should refrain from quitting cold turkey and seek professional medical help to stop their dependency on Xanax. Quitting Xanax is incredibly difficult due to the control it has on a person’s mind.

Withdrawal from Xanax addiction can be stressful and explosive. It can affect the mind greatly as the brain becomes dependent on the drug. Individuals can experience periods of insomnia, depression, paranoia, and irritability. Medical detox allows medical professionals to treat most symptoms of Xanax withdrawal.

Up to 44% of benzodiazepine users become addicted and dependent on the drug they take, according to the Journal of Addictive Behaviors. Individuals can experience addiction due to psychological factors and these can influence people to continue using the drug.

The American medical institution has been guilty of handing out Xanax like candy. Doctors wrote over 47 million prescriptions for Xanax in 2019 alone. It is the most popular and frequently prescribed psychiatric medicine in the country.

Does Xanax cause physical addiction?

Xanax has a strong effect on the mind and users struggle to stop thoughts of the drug. Physical Xanax addiction is also possible for individuals who misuse Xanax. Physical withdrawal symptoms also occur when individuals stop using Xanax.

Some of the most common withdrawal symptoms from Xanax addiction include:

As a person’s body becomes used to the drug, physical Xanax addiction develops and becomes more apparent. A lack of Xanax in the body can cause a person to feel achy and in pain. The more the body processes the drug out, the more serious the physical symptoms are.

Individuals often try to detox without medical help. This can send many people to the emergency room as they are unable to cope with the intense withdrawal symptoms. Over-the-counter drugs can be used to treat some symptoms but not all. A medically supervised detox is preferable either in a hospital setting or a specialist Xanax rehab facility.

Xanax is so powerful and potent that its use can lead to dependency even if taken in a medical fashion. The first sign of dependency that users will notice is tolerance to the drug. Like other drugs, Xanax’s power stops working whether taken as prescribed or recreationally.

Am I addicted to Xanax?

Xanax addiction is like any other addiction individuals experience. It doesn’t matter what the substance is, there are some telltale signs of addiction that are clear for all drugs. These signs include:

As a central nervous system depressant, Xanax is used to slow blood flow to the brain and release neurotransmitters such as serotonin and dopamine to minimize anxiety, stress and panic. Reversing the effects of long term Xanax use needs to be done slowly and under under medical supervision. Seizures have been well documented in Xanax withdrawal and may be fatal, as documented by the American Academy of Neurological Surgeons

How can Xanax addiction be treated?

Cognitive Behavioral Therapy (CBT) is then used to combat mental addiction. CBT is a system of counseling that looks into the user’s use of Xanax. Therapy enables users to create a healthier, more positive way to live their lives.

Users are also given skills to cope with the desire to return to the destructive world of Xanax misuse. In-patient treatment facilities enable Xanax users to get the help they need from trained professionals through both medical detox and therapy.

Definition of an Alcoholic

The Science of Addiction

Understanding The Science of Addiction

Sugar Addiction – Am I Addicted to Sugar?

Foods to Avoid Before a Drugs Test

Food to Avoid Before a Drug Test

How Long Do Drugs Stay in Your System?

Xanax is a widely prescribed and highly effective medicine that is used to treat anxiety. A variety of anxiety disorders can be treated with the use of Xanax including depression induced anxiety. Doctors have prescribed Xanax to patients to treat panic disorders, fears of situations and destinations, embarrassment, and helplessness.

Xanax Addiction in the News

Despite warnings from experts, older people are using more anti-anxiety and sleep medications, putting them at risk of serious side effects and even overdoses…[Click to Read More]

Benzodiazepines, or “benzos,” are a class of medication commonly prescribed to treat conditions such as anxiety and insomnia. Even if you don’t recognize the term, chances are you’re familiar with the brand names that fall within this category drugs such as Xanax, Ativan, Valium and Klonopin…[Click to Read More]

Xanax works by increasing the effects of a brain chemical called GABA, which promotes calmness and produces a relaxed feeling. The drug decreases the level of excitement in the brain to treat anxiety and panic disorders...[Click to Read More]

Article Name
Xanax Addiction
Description
Xanax is so powerful and potent that its use can lead to dependency even if taken in a medical fashion. The first sign of dependency that users will notice is tolerance to the drug. Like other drugs, Xanax’s power stops working whether taken as prescribed or recreationally.
Author
Athour: Pin Ng PhD, Editor: Jamie McJamie, Reviewed By: Michael Por MD
Publisher Name
Worlds Best Rehab
Publisher Logo