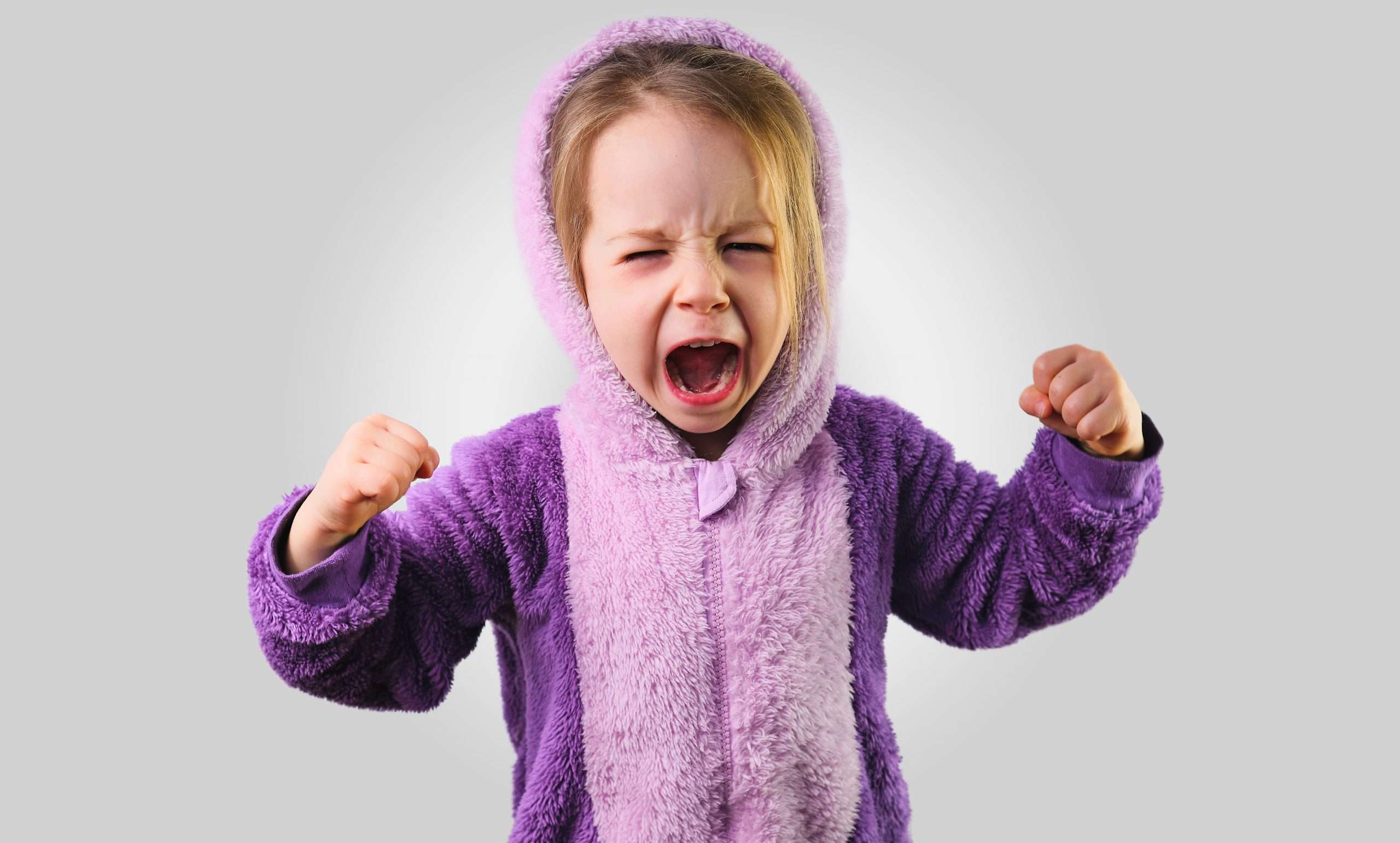 King Baby Syndrome is closely connected with addiction, and often seen as a potential cause for an addictive behavior. As the name might suggest, it is a syndrome in which the individual, the King, or Queen, Baby sees themselves as the center of their universe, exhibiting demanding behavior and expecting others to cater to their needs. The name might also give away that it isn’t a formally recognized syndrome, and there are no diagnostic criteria in the DSM. However, many who work in addiction, or have experienced addiction will recognize it.

The term has its roots in Freud, who alluded to babies as royalty in his paper On Narcissism. In the classical tale, Narcissus was so taken with his own beauty, that he fell in love with his reflection in a pool, forsaking the rest of the world, and eventually drowning rather than abandon his self-obsession.

For Freud, a baby shared this narcissistic self-obsession as a natural survival trait. Dependent on others for food, shelter and development, they would demand that others look after and entertain them until they developed and, eventually, grew out of this phase.

The King Baby, however, would never grow out of this phase. And would continue making demands on those around him or her. More modern theories suggest that this can result from a physical or mental trauma in early life that prevents that developmental step being taken. For example, emotional neglect during childhood may result in King Baby Syndrome, creating an adult that demands attention to compensate for low self-esteem.

King Baby Syndrome’s connection with addiction is believed by some to be caused by their attempt to use drink or drugs to numb those emotional wounds.

Since it is not recognized as a unique syndrome, there are no agreed diagnostic criteria. However, unsurprisingly, King Baby Syndrome shares a lot of the traits commonly seen in conditions like narcissistic personality disorder. These traits can often seem contradictory, but at their heart they all share a common motivation: the King Baby sees themselves at the center of everything. Whether they are a mighty champion or a helpless victim in their narrative, it’s always because they are the most important person in the situation.

Those with King Baby Syndrome can feel they always need to seek the approval of those around them, always wanting to make a good first impression, and worrying excessively about how their behavior might be perceived. But despite this, they will be incredibly sensitive to criticism. In interpersonal relationships, they might be overly critical and harsh to those they perceive as beneath them, while fawning to authority figures.

Those with a grandiose self-image might feel that others are envious of them, they will have an inflated sense of self and their future direction, and tend to be bossy.

Others might tend towards self-pity, but in these cases, assume that their failings are down to the malice of others, and only happened because they have worked to prevent their success.

Those around people with King Baby Syndrome will have noticed that they tend not to have lasting relationships, and, indeed, may themselves feel they are put off by their personality. Alternatively, they might find the King Baby to be clingy and demanding, in constant need of attention or gifts, and excessively upset by perceived slights.

Why King Baby Syndrome is connected to addiction

Unfortunately, people with King Baby Syndrome face twin risks when it comes to addiction. The first is that they are more susceptible to it. Because King Baby Syndrome is caused by an early trauma or emotional problem, they frequently turn to drugs or alcohol to self-medicate for this. Lacking the meaningful emotional support of healthy relationships, and with damaged self-esteem, that self-medication can become a coping mechanism they use to function. And that coping mechanism can become an addiction.

The issue can be compounded by the effects of King Baby Syndrome. They are far less likely to have a meaningful support network that can intervene and support them. They will often have alienated the friends, and even family, that frequently step in to force other addicts to address their problem. And where they do have people who have remained close, it will often be a co-dependent relationship, where the other person’s behavior supports and encourages the King Baby traits.

It means that even if the King Baby enters rehabilitation, they are likely to start their recovery without a strong support network around them. Since that network can be a key factor in recovery, it can increase the risk of relapse for those with King Baby Syndrome. However, this risk can be lessened by using alternatives, such as twelve-step support groups. Recovery also brings the opportunity to repair those broken relationships, something that is a key part of the process of recovering and healing from addiction.

Can King Baby Syndrome be treated?

Since it’s not a formal diagnosis, King Baby Syndrome does not have a recommended treatment. However, it is widely recognized, and the traits can be addressed with common therapies, such as those that would be offered alongside rehab treatment.

For many, counseling can be incredibly effective. Often, the counseling is not to address King Baby Syndrome, but to identify and treat the initial trauma that caused it. Dealing with that, will, effectively, also treat the King Baby Syndrome since it will unblock the emotional development that was missed years, or even decades, before.

Other forms of therapy can also help, even when the trauma is addressed, some King Baby traits are likely to remain as habitual emotional responses to situations. Cognitive Behavioral Therapy can help in these cases, helping the former King Baby to identify their negative and destructive behaviors and develop new ways to respond to their feelings.

Whatever the cause, professional treatment for King Baby Syndrome is highly effective, helping the King Baby re-assess their relationships and address the many problems caused by the syndrome.

How to treat King Baby Syndrome

There’s no one-size-fits-all answer to this question, as the best way to treat king baby syndrome will vary depending on the individual and the severity of their condition. However, some common treatments for king baby syndrome include therapy, medication, and lifestyle changes. Therapy can help patients learn how to cope with their symptoms and manage their condition. Medication can also be used to help manage symptoms, and in some cases, surgery may be necessary. lifestyle changes such as eating a healthy diet, getting regular exercise, and avoiding Trigger foods or situations can also be helpful in managing king baby syndrome.

How to Live with a King Baby?

If you’re living with an adult King Baby, it’s important to be understanding and patient. King Baby syndrome is a condition where someone acts like a baby or toddler even though they’re grown up. They might want constant attention and care, and get upset easily. It can be tough to deal with, but there are ways to make it work. Try to set some structure and limits, but be flexible too.

What are King Baby Syndrome Symptoms?

King Baby Syndrome is a mental disorder in which the person has an inflated sense of self-worth and a need for excessive admiration and attention. People with King Baby Syndrome often have difficulty taking criticism and may become enraged or defensive if they feel they are being challenged or criticized.

Signs and symptoms of King Baby Syndrome may include, but are not limited to:

How to Leave a Narcissist and Stay Sane

How to Leave a Narcissist

Article Name
Understanding King Baby Syndrome
Description
King Baby Syndrome is closely connected with addiction, and often seen as a potential cause for an addictive behavior. As the name might suggest, it is a syndrome in which the individual, the King, or Queen, Baby sees themselves as the center of their universe, exhibiting demanding behavior and expecting others to cater to their needs.
Author
Author: Pin Ng PhD, Reviewed By: Philippa Gold
Publisher Name
Worlds Best Rehab
Publisher Logo