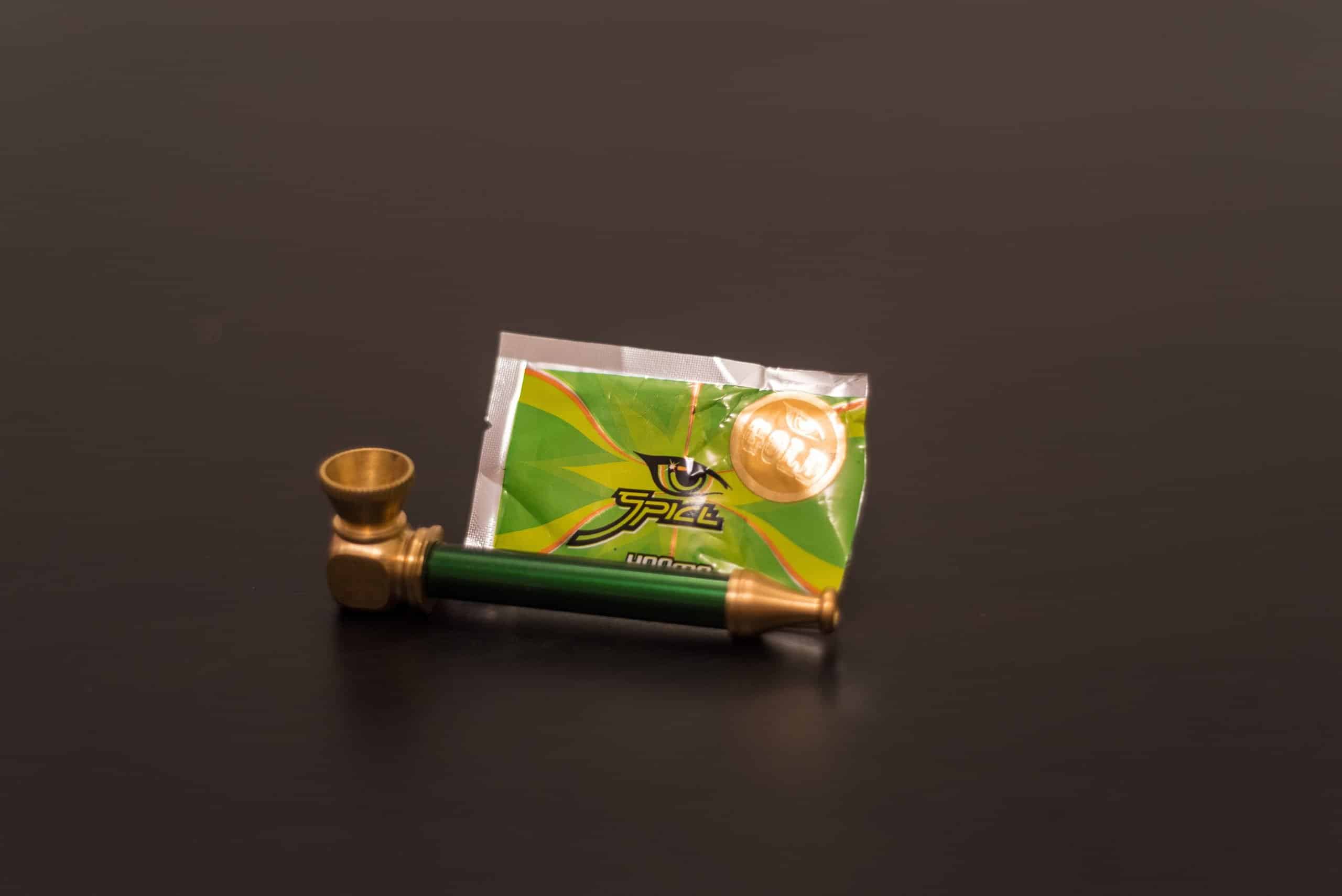 K2 is one of the world’s most potent drugs available today. Not only is it strong, but it is a cheap drug to get. The combination of potency and price makes K2 extremely dangerous1https://www.ncbi.nlm.nih.gov/pmc/articles/PMC4100246/. You may know K2 by its street name, “spice”. According to data from the Poison Control Centers in the United States, from 2009 to 2020, the organization received an alarming increase in calls about spice. During that time period, the Poison Control Centers went from 14 calls to 3,572 about spice.

Depending on the area of the US, the use of K2 differs. It has been rampant in certain regions and areas compared to others. The northeast has been hard hit by K2 in recent years with a number of overdoses reported on the deadly drug. Washington DC alone has experienced an incredible 128% increase in K2 overdoses since 2019. So, what is K2?


K2 is a name given to a number of synthetic cannabinoids. The drug is created by putting man-made chemicals onto shredded, dried plant material. K2 is known in the drug world as a designer drug. This means that K2 is a composition similar to cannabis, although it varies in some ways. Therefore, spice is legal in American states where marijuana is not legal. K2 affects the human brain much like cannabis, but it is more potent.

Common side effects of synthetic cannabinoids are psychosis, agitation, anxiety and irritability. Some users may experience seizures and convulsions, vomiting, an increased risk of stroke, increased blood pressure, heart rhythm abnormalities and chest pain. In addition, kidney failure and heart attack can occur2https://www.tandfonline.com/doi/full/10.1080/20009666.2020.1781349.

There are a variety of risks when taking K2 including mental, physical, and behavioral effects.


Risks and Dangers of Spice

One of the immediate risks of consuming K2 includes suicidal thoughts, increased and rapid heart rate, and vomiting.

Long-term health problems can occur as well. These include:

K2 is used just like most other illegal drugs. It is typically rolled into cigarettes or smoked in pipes. Its available in a liquid form allowing it to be used in e-cigarettes. Individuals can vape spice making it even easier to ingest whenever and wherever they like.

Smoking K2 is not the only way to consume it. Spice can be drunk in herbal tea or consumed via an edible. Spice is difficult to detect in drug tests. Therefore, individuals may take spice to mask other drugs.

Buying the drug on the Internet allows individuals to then resell it on the street. Although it is often marketed as synthetic marijuana and safe, there is nothing synthetic and safe about spice. The international selling and trade of spice is difficult to track compared to other illegal drugs.

K2 is used for the same reasons as other illegal drugs. It is used as a way to escape reality or to enhance emotions or mental states. People use spice to feel better, perform activities better, or due to curiosity.

Unfortunately, there are many people in the world who use K2 because they believe it is a safer drug than cannabis or other illegal substances. This is a mistake as K2 is extremely potent and deadly. Spice is sometimes marketed as synthetic marijuana to make it seem less dangerous.

However, this is simply not true. Shops sell K2 over the counter in flashy, colorful packaging. This is draws buyers’ attention and gives them reassurance that spice is safe to consume. As previously stated, Spice is used by illegal drug users to mask other substances during drug tests. If you must undergo regular drug testing for work or other reasons, then you may use K2 to prevent the test from detecting other drugs.

Chronic spice users develop tolerance and dependence. These are two significant features of addiction. By creating a tolerance, the drug becomes less effective over time although the dependency grows.

The simple answer this is, ‘yes’. However, variations of the drug are illegal. Manufacturers can get around the illegal/legal issues be changing the formula. By altering just one ingredient of K2 that is outlawed, manufacturers can make the substance legal to sell to customers.

How to know if you or someone is addicted to K2?

Synthetic cannabinoids are very addictive. Symptoms are apparent in people who are using K2. If you are worried a loved one is using Spice, then be on the lookout for these symptoms:

Ending addiction is not easy. Rehab helps Spice users safely detox before starting treatment. Rehab treatment can provide insight to stop the future use of spice.

Article Name
K2 Drug (Spice) | What is K2 (Spice) Thats 660x More Powerful than Weed
Description
K2 is a name given to a number of synthetic cannabinoids. The drug is created by putting man-made chemicals onto shredded, dried plant material. K2 is known in the drug world as a designer drug. This means that K2 is a composition similar to cannabis, although it varies in some ways. Therefore, spice is legal in American states where marijuana is not legal. K2 affects the human brain much like cannabis, but it is more potent.
Author
Author: Pin Ng PhD, Reviewed By: Michael Por MD
Publisher Name
Worlds Best Rehab
Publisher Logo