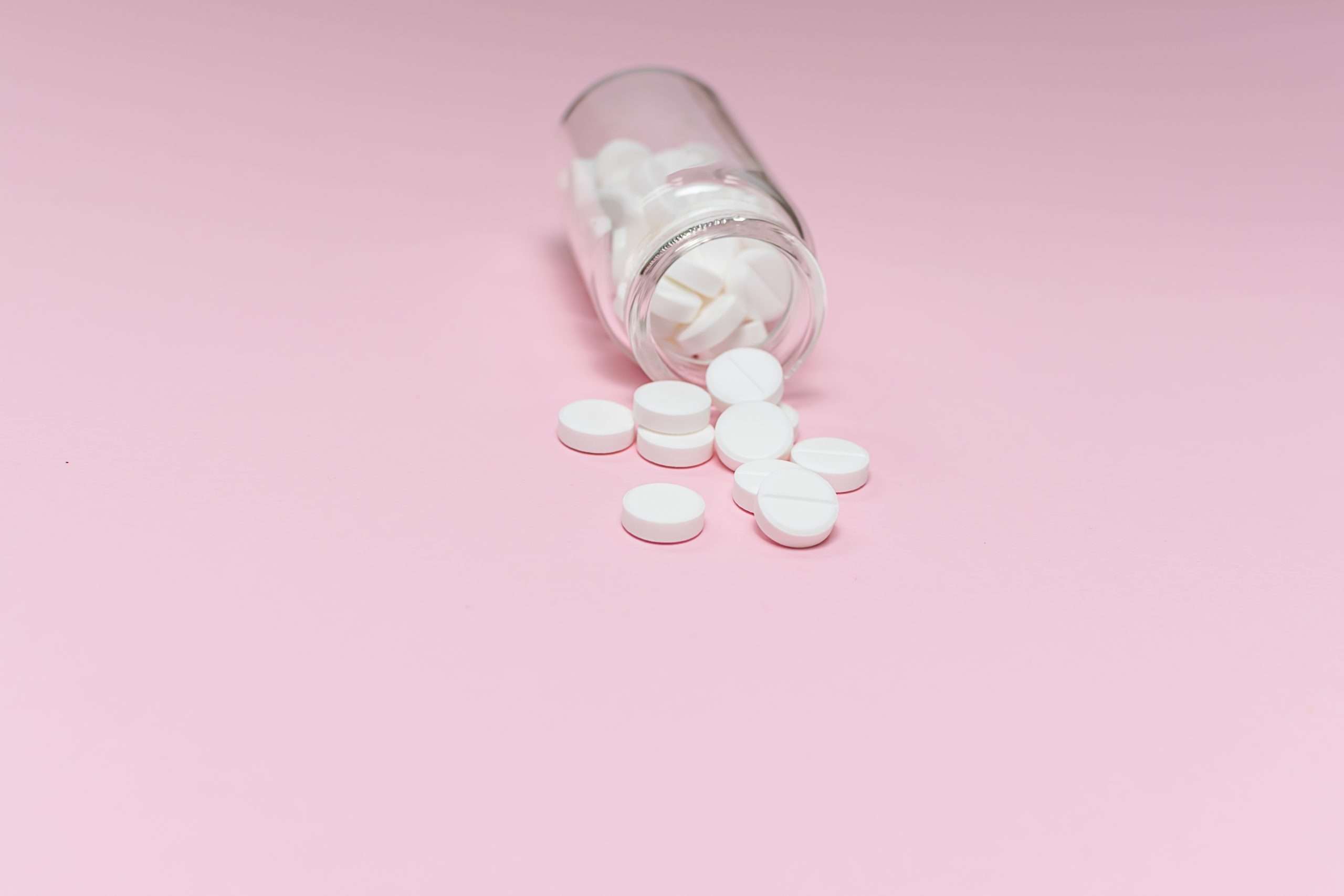 In 2016, it was claimed that the drug Fentanyl is deadlier than heroin. It was a strong statement, but one that may not be too far off from being true. Fentanyl may not be a drug that is commonly known by the average person. Those that are familiar with it know that it is a very powerful opioid that users can become addicted to very quickly.

Fentanyl was developed in 1960 by scientist Paul Janssen. It was initially sold as a medication to treat moderate to severe pain. Doctors prescribe Fentanyl to patients for long-term treatment. Due to Fentanyl’s use for long-period pain relief, users can become heavily addicted to it.

A number of countries are in the midst of an opioid crisis with millions of individuals addicted to drugs. Fentanyl has become an opioid alternative that individuals have turned to as it is more potent than heroin. Users can take less Fentanyl and get the same result from a larger dose of heroin. A three-microgram dose of Fentanyl is capable of killing an average-sized adult man. The drug is available via prescription and on the street.

When used appropriately, Fentanyl is a pain reliever that can be extremely affective helping patients. However, Fentanyl misuse can lead to long-term addiction and potentially death.

Fentanyl and other synthetic opioids are the most common substances involved with overdose drug deaths in the United States of America. Over the course of a seven-year time span (2010 to 2017), the number of overdose deaths involving Fentanyl went from 14.3 percent to 59.8 percent.

There exists a very is a small margin between the therapeutic dose and toxic dose, meaning that it’s very easy to overdose. Fentanyl acts rapidly inside the body and can cause respiratory distress and death much quicker than other drugs.

How do patients take Fentanyl?

The prescription painkiller comes in a variety of forms. Patients can take Fentanyl by:

Fentanyl is a schedule II prescription drug usually prescribed for severe, disabling pain and pain after surgery. There exists a very is a small margin between the therapeutic dose and toxic dose, meaning that it's very easy to overdose. Fentanyl acts rapidly inside the body and can cause respiratory distress and death much quicker than other drugs.

What are the side effects of Fentanyl abuse?

One of the largest groups of people who use Fentanyl are persons prescribed it for pain relief. The longer individuals take Fentanyl, the more their bodies become accustomed to it. This means they may need to take higher doses to get the same previous pain-relief result. Misuse of the drug can result from increasing the dose. Users may take higher doses than is prescribed to deal with their pain.

Fentanyl is no more effective by taking higher doses. It simply causes health risks to individuals who take larger doses than mandated. However, Fentanyl is often misused with other pharmaceuticals both increasing a cocktail of potency and toxicity.

Side effects of Fentanyl abuse include:

Even though Fentanyl is one of the most potent drugs in the World, it’s not the most potent opioid on the planet. A derivative of Fentanyl called Carfentanil is mainly used to tranquilize elephants and large mammals weighing over 7,000kgs.

What does Fentanyl do to the brain?

Fentanyl allows individuals to feel pain relief because it binds to opioid receptors. These receptors are found in the brain where pain and emotions are controlled. Like any other drug, the brain evolves and adapts to the drug being taken. Sensitivity to the drug is then reduced and the tolerance to increases.

Fentanyl pushes the pain relieving boundaries of the body. It is currently the most potent and effective pain management pharmaceutical on the planet, and while tolerance to Fentanyl is harder to achieve the effects do become less over time, leaving a user in a dangerous and precarious situation. Just a couple of micrograms of Fentanyl can put the human body into shutdown and death.

To put the Fentanyl overdose amount into clearer specifics, one gram of any powder is equal to 1,000,000 micrograms.

Fentanyl causes brain dysfunction when taken for long periods. The dopamine receptors in the brain malfunction in individuals who misuse opioids. It makes users incapable of living without opioids.

Fentanyl’s affects the brain in several ways, including causing:

Even though Fentanyl is one of the most potent drugs in the World, it’s not the most potent opioid on the planet. A derivative of Fentanyl called Carfentanil is mainly used to tranquilize elephants and large mammals weighing over 7,000 kgs.

Carfentanil is estimated to be 10,000 times stronger than morphine and has zero medical use for humans.

Both Fentanyl and Carfentanil can be sourced in powder form and are routinely mixed with street drugs such as herion and cocaine.


Individuals can easily develop a dependency on Fentanyl or other opioids with a particular high risk group being individuals who are predisposed to addiction due to health issues. Patients begin using Fentanyl to help with their pain but end up misusing the drug. Opioid addiction doesn’t just occur in people with physical pain issues. People experiencing mental health disorders can also become addicted to Fentanyl through self-medication.

Quitting Fentanyl use can cause severe withdrawal symptoms.

Symptoms can occur within a few hours of a person’s last consumption of Fentanyl and include:

Due to the severity and scariness of withdrawal symptoms, individuals often refrain from stopping their Fentanyl use.

Experts stress there is no quick solution to Fentanyl addiction. Individuals cannot recover overnight and begin living life the way they did prior to taking it. It is a long road to recovery from Fentanyl addiction. The recovery process from opioid addiction typically takes one full year. Many recovering opioid users participate in medical maintenance schemes. The programs allow users to wean themselves off of Fentanyl or other opioids by taking methadone or buprenorphine. Medical maintenance programs are overseen by doctors whose job it is to help individuals get clean.

Other treatments from opioid addiction are available. Holistic treatment is available for addicts to participant in as well. Medication and yoga are used by many recovering opioid addicts as they strengthen the mind and body. The combination of both practices allows users the time to reflect on their past and improve physical and mental well-being. Both meditation and yoga have been found to reduce stress and anxiety in those who practice them.

Along with the other treatment methods for Fentanyl addiction, intense psychotherapy is used allowing users to share their experiences. Counseling gives individuals the chance to alter their attitudes toward drug usage. It also allows users to learn about healthy living and enables them to remain on medication.

Three therapies that can have tremendous effect on Fentanyl users include:

All three therapies can improve an individual’s outlook and alter their perception of Fentanyl.

Individuals experiencing Fentanyl dependency should speak with their doctor about reducing their consumption. It is important to consult with a Doctor who has ongoing training in Addictions. Patients may be prescribed a medication to help ease potential withdrawal symptoms although a medically supervised detox in a hospital or inpatient rehab facility will be preferable. Fentnyl detox is especially unpleasant and life threatening.

Naltrexone has a dual use in Fentanyl cases. Firstly, it can rapidly reverse opioid overdose via injection or nasal spray and Narcan ® routinely used by First Responders. Naltrexone can also be used to maintain longterm recovery from Fentanyl addiction.


Naltrexone is a common brand name pill commonly prescribed under the brand names ReVia and Depade and available in the United States, Canada and Europe. The injectable, extended release form of the drug is often sold under the name Vivitrol and is available in a variety of forms depending on the amount of medication required per day.

Another form of Naltrexone is a type of implant used in treatment that is shaped like a small pellet and inserted into the lower abdominal wall. The device releases a constant amount of Naltrexone when implanted, and the drug can also be administered through a prolonged injectable release every month.

Several well known musicians have been lost in recent years to fentanyl.

Definition of an Alcoholic

The Science of Addiction

Understanding The Science of Addiction

Sugar Addiction – Am I Addicted to Sugar?

Foods to Avoid Before a Drugs Test

Food to Avoid Before a Drug Test

How Long Do Drugs Stay in Your System?

Fentanyl is a powerful synthetic opioid with analgesic and anesthetic properties. Fentanyl selectively binds to and activates the mu-receptor in the central nervous system (CNS) thereby mimicking the effects of endogenous opiates.

Fentanyl is up to 100 times more potent than Pharmaceutical grade Morphine. It is a schedule II prescription drug usually prescribed for severe, disabling pain and pain after surgery.

Fentanyl Addiction in the News

After years of American pressure, China is taking steps to shut off the illicit supply of deadly synthetic opioids. But don’t expect an end to the overdoses… [Click to Read More]

A week after the final date at the Hollywood Bowl, Tom Petty was dead. The 66-year-old had accidentally overdosed mixing a variety of medications. The one the Petty family blamed: fentanyl, an extremely potent synthetic opioid 30 to 50 times more powerful than heroin…[Click to Read More]

At the center of Martin’s case are counterfeit pills that often resemble prescription oxycodone but instead contain fentanyl, a synthetic opioid that can turn fatal even in small doses...[Click to Read More]

Prince died in 2016, aged 57, from an accidental overdose of the painkiller fentanyl, a powerful opioid....[Click to Read More]