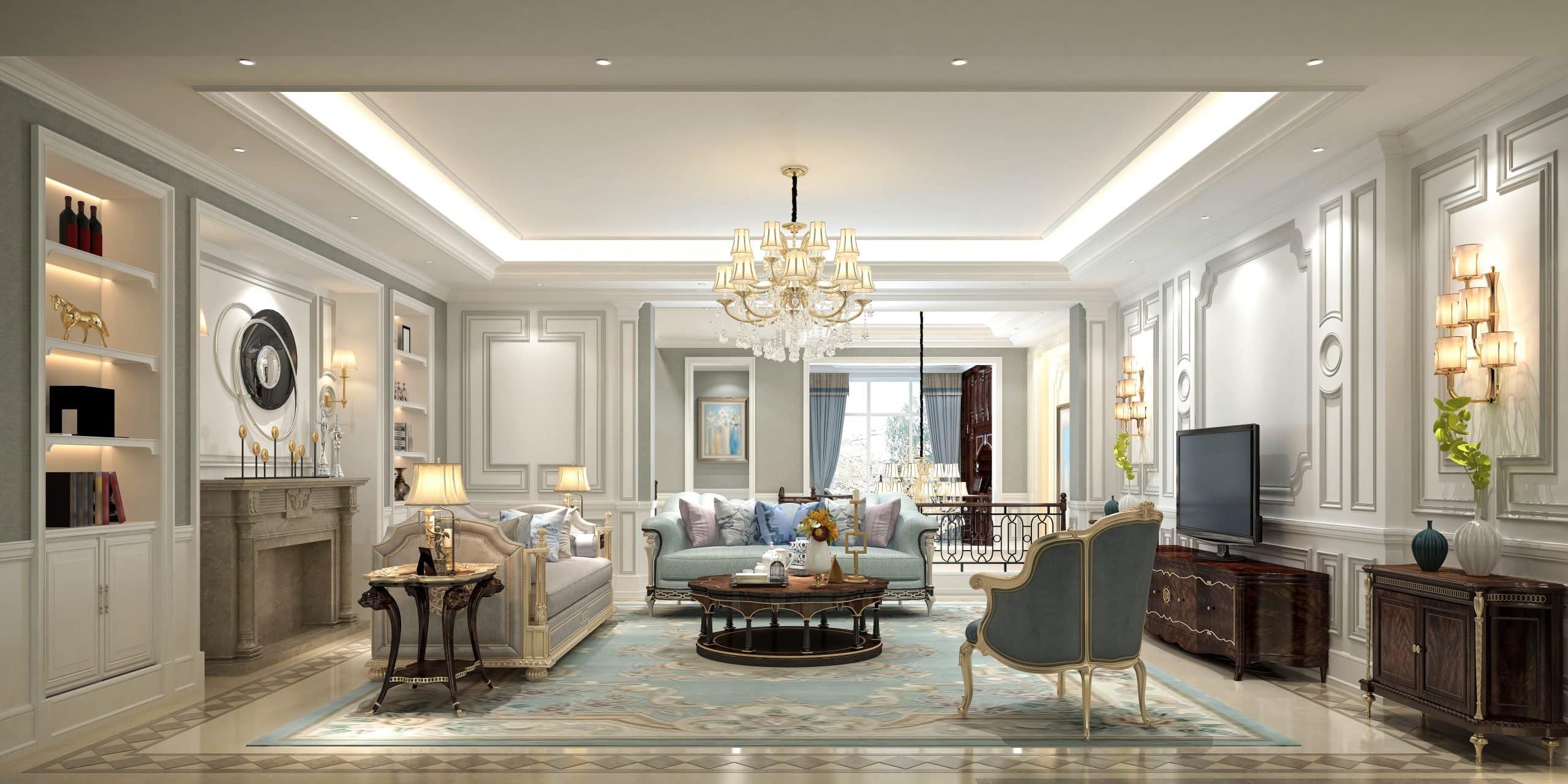 
Every human that has ever lived has dealt with quickly or suddenly shifting emotions. This is usually caused by stressful situations or situations where you feel threatened or unsafe. Shifting from one mood to another because of your surrounding situations is a normal part of the human experience that everyone deals with at some point or multiple points in their life.

However, if those shifts in mood are extreme and they regularly impact your life and those around you, they may be a sign that you are dealing with a more serious condition1https://www.mayoclinic.org/diseases-conditions/borderline-personality-disorder/symptoms-causes/syc-20370237. Your shifts in mood should not regularly affect the way you can live your life and those you interact with. If they do, you may have one of two disorders:  Borderline Personality Disorder or Bipolar Disorder.

Both of these conditions are characterized by extreme and swift adjustments in mood and behaviors. People who have these conditions quickly shift from high moods to low moods. While these conditions may have similar features, the conditions themselves are different and require different treatment. But — because of their similarities at the surface, clinicians often misdiagnose or may confuse one for the other when diagnosing a patient.

What is BPD (Borderline Personality Disorder)?

Most experts that study BPD believe that it occurs because of a combination of environmental, biological, and genetic factors. While the exact cause of BPD has not been discovered as of yet, this combination of various factors has been researched and well backed up. While BPD has been shown by early research to run in families, the environmental effects of one’s childhood seem to play a large part in the development of the condition as well.

People diagnosed with BPD have incredibly intense emotions. These often shift rather quickly — from negative to positive. However, those with BPD tend to lean towards a more consistently negative state of mind. These shifts in mood are often caused by “trigger events” that cause a reaction in the individual. These reactions are not the way an individual without BPD would react to the same situation.

Those with BPD are extremely sensitive to rejection and often find themselves in unpredictable, chaotic, or toxic relationships. These topsy-turvy relationships and interactions make it even more difficult to manage and stabilize the emotions and moods.

Those with BPD also often deal with self-destructive behaviors. This could be physical harm, substance abuse, or sexual promiscuity.

Those affected often engage in self-harm and other dangerous behaviors. They may also struggle with a feeling of emptiness, fear of abandonment, and detachment from reality. Symptoms of BPD may be triggered by events considered normal to others. BPD typically begins by early adulthood and occurs across a variety of situations. Substance use disorders, depression, and eating disorders are commonly associated with BPD. Approximately 10% of people affected with the disorder die by suicide. The disorder is often stigmatized in both the media and the psychiatric field and as a result is often underdiagnosed.

The causes of BPD are unclear but seem to involve genetic, neurological, environmental, and social factors. It occurs about five times more often in a person who has an affected close relative. Adverse life events appear to also play a role. The underlying mechanism appears to involve the frontolimbic network of neurons. BPD is recognized by the Diagnostic and Statistical Manual of Mental Disorders (DSM) as a personality disorder, along with nine other such disorders. The condition must be differentiated from an identity problem or substance use disorders, among other possibilities.

How is BPD Treated?

BPD is typically treated with psychotherapy, such as cognitive behavioral therapy (CBT) or dialectical behavior therapy (DBT). DBT may reduce the risk of suicide in the disorder. While medications cannot cure BPD, they may be used to help with the associated symptoms. Despite no evidence of their effectiveness, SSRI antidepressants and quetiapine remain widely prescribed for the condition, and severe cases of the disorder may require hospital care.

What is Bipolar Disorder?

The depressed states that someone with bipolar may experience are usually characterized by a lack of motivation and no will to live. Then, when they shift to a manic state, they may be functioning at such a high and fast-paced level that they can finish a week’s worth of work in a single day because their mania does not require them to take a break. This sort of extreme behavior would exhaust anyone who does not have Bipolar Disorder.

Bipolar disorder, previously known as manic depression, is a mood disorder characterized by periods of depression and periods of abnormally-elevated mood that last from days to weeks each. If the elevated mood is severe or associated with psychosis, it is called mania; if it is less severe, it is called hypomania. During mania, an individual behaves or feels abnormally energetic, happy or irritable, and they often make impulsive decisions with little regard for the consequences. There is usually also a reduced need for sleep during manic phases. During periods of depression, the individual may experience crying and have a negative outlook on life and poor eye contact with others. The risk of suicide is high; over a period of 20 years, 6% of those with bipolar disorder died by suicide, while 30–40% engaged in self-harm. Other mental health issues, such as anxiety disorders and substance use disorders, are commonly associated with bipolar disorder.

While the causes of bipolar disorder are not clearly understood, both genetic and environmental factors are thought to play a role. Many genes, each with small effects, may contribute to the development of the disorder. Genetic factors account for about 70–90% of the risk of developing bipolar disorder. Environmental risk factors include a history of childhood abuse and long-term stress. The condition is classified as bipolar I disorder if there has been at least one manic episode, with or without depressive episodes, and as bipolar II disorder if there has been at least one hypomanic episode (but no full manic episodes) and one major depressive episode.

BPD Vs Bipolar: How are they different?

Unlike BPD, Bipolar is caused by a certain type of brain structure and brain functioning. It is caused by genetics and family history. And while BPD may run in families, it has not been proven to be solely caused by biology. The theory at the moment is that BPD is caused by a combination of genetics, biology, and environmental factors.

As far as mood shifts go, those with BPD lean more towards a negative state. They shift from positive to negative, but the majority of their time is often spent within a negative mindset. Those with Bipolar shift from incredibly depressed states to extremely high manic states. When someone with Bipolar Disorder is not in one of their extreme states, they can be stable or stagnant for a period of time. Those with BPD do not have this sort of stability. When a person with Bipolar is in a stabilized state, they can function rather normally and maintain in-depth relationships. Those with BPD do not often achieve that. Additionally, mood swings with BPD are more directly related to events and reactions. Bipolar shifts are more random and not as often related to outside stimuli.

Those with Bipolar Disorder rely heavily on medication with therapy integrated throughout, but those with BPD rely almost entirely on evidence-based psychotherapy. Most BPD patients will receive a combination of Dialectal Behavioral therapy, Transference-focused therapy, and Mentalization-based therapy. Dialectal focuses on the assumption that those who have BPD do not have the skills they need to handle their intense levels and shifts in emotions. Transference focuses on the relationship between the therapist and the patient. This focus helps the therapist identify and understand the shifts and states specific to the individual. This understanding helps them create a plan specific to them and their own needs. Mentalization therapy helps the patient become more aware of their behaviors and how they affect those around them.

Can you have both conditions? Which is worse?

One condition is not necessarily worse than the other. Each has its own factors that may be more difficult or easier than the other. While the negative and positive states of Bipolar may be more extreme than BPD, Bipolar also typically allows the individual to stabilize their mood for a period of time. BPD does not. Bipolar also has medication that effectively treats the condition. Both are extremely difficult conditions to deal with and as long as you are receiving the correct treatment you need, you should be on your way to better managing your moods and behaviors.

Article Name
bpd vs bipolar
Description
Unlike BPD, Bipolar is caused by a certain type of brain structure and brain functioning. It is caused by genetics and family history. And while BPD may run in families, it has not been proven to be solely caused by biology. The theory at the moment is that BPD is caused by a combination of genetics, biology, and environmental factors.
Author
Author: Pin Ng PhD, Reviewed By: Michael Por MD
Publisher Name
Worlds Best Rehab
Publisher Logo